Ana’s Story: An Anecdote About Augmentation and Amputation

Part Two: The Breast Augmentation and What It Gave

“After my boob job, I was just like wow, this is done, and it’s a whole new life.” 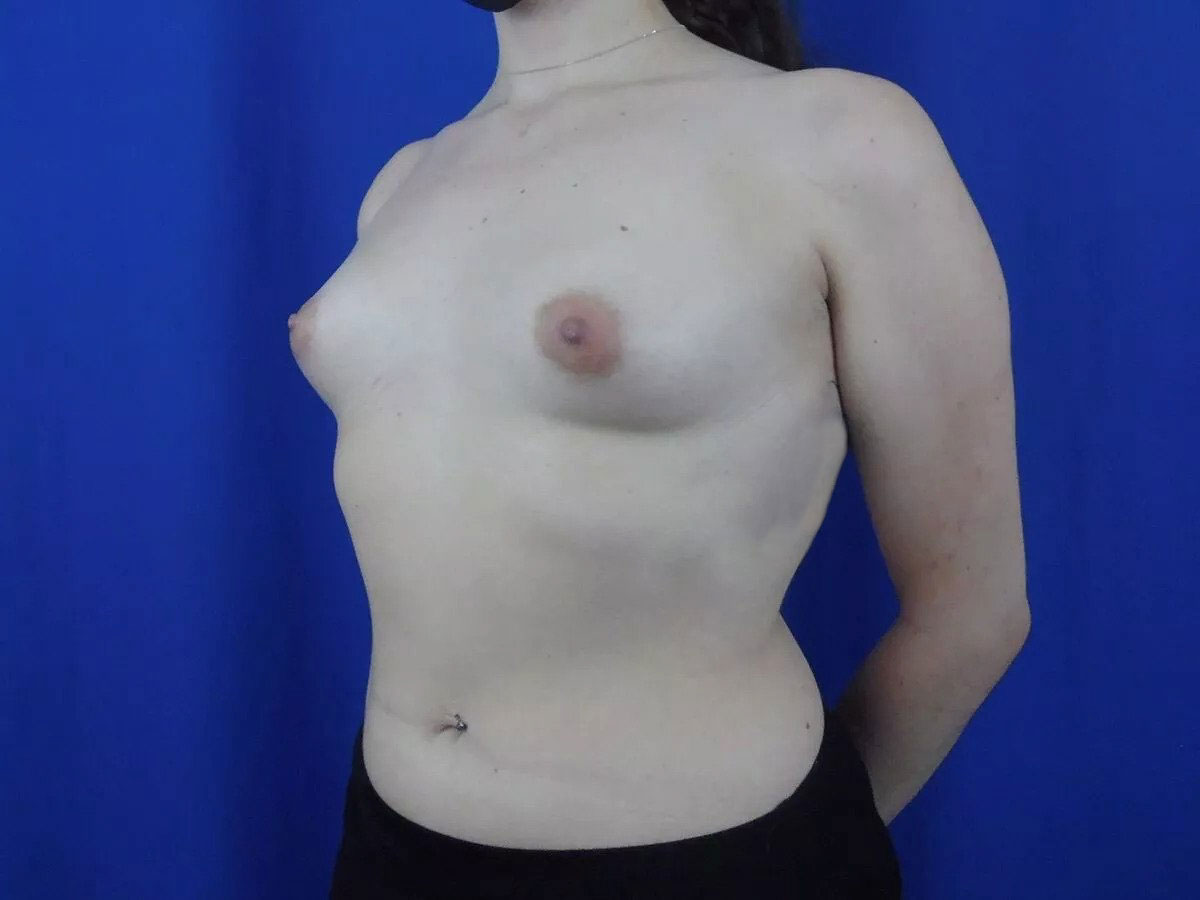 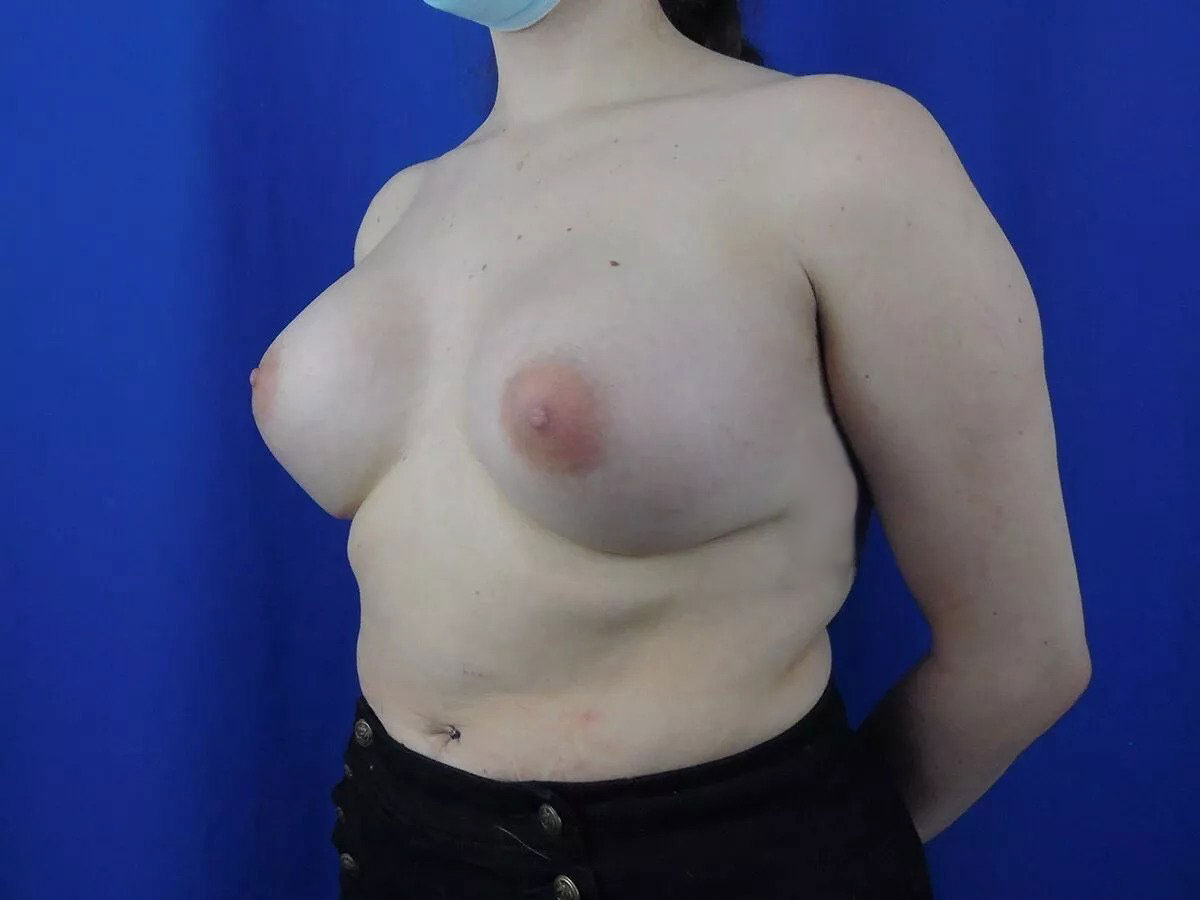 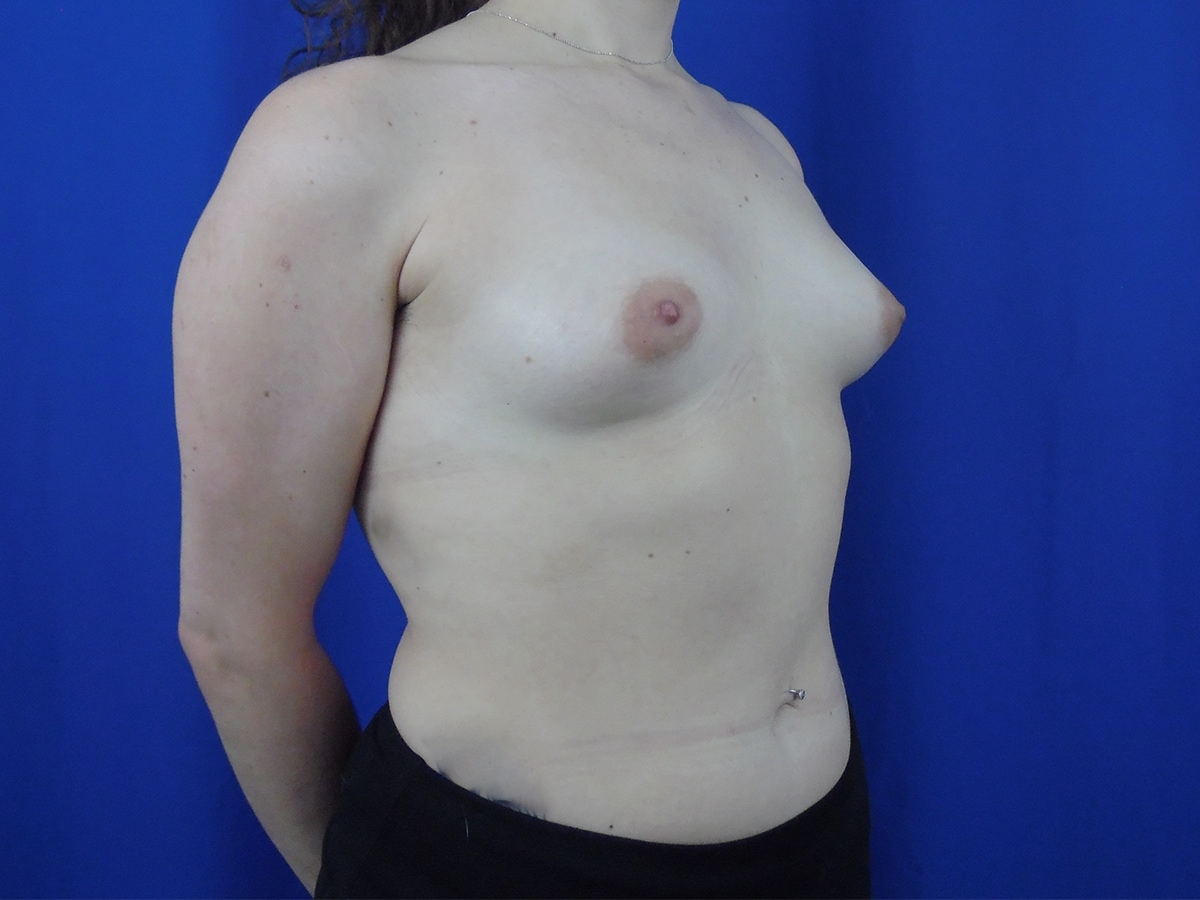 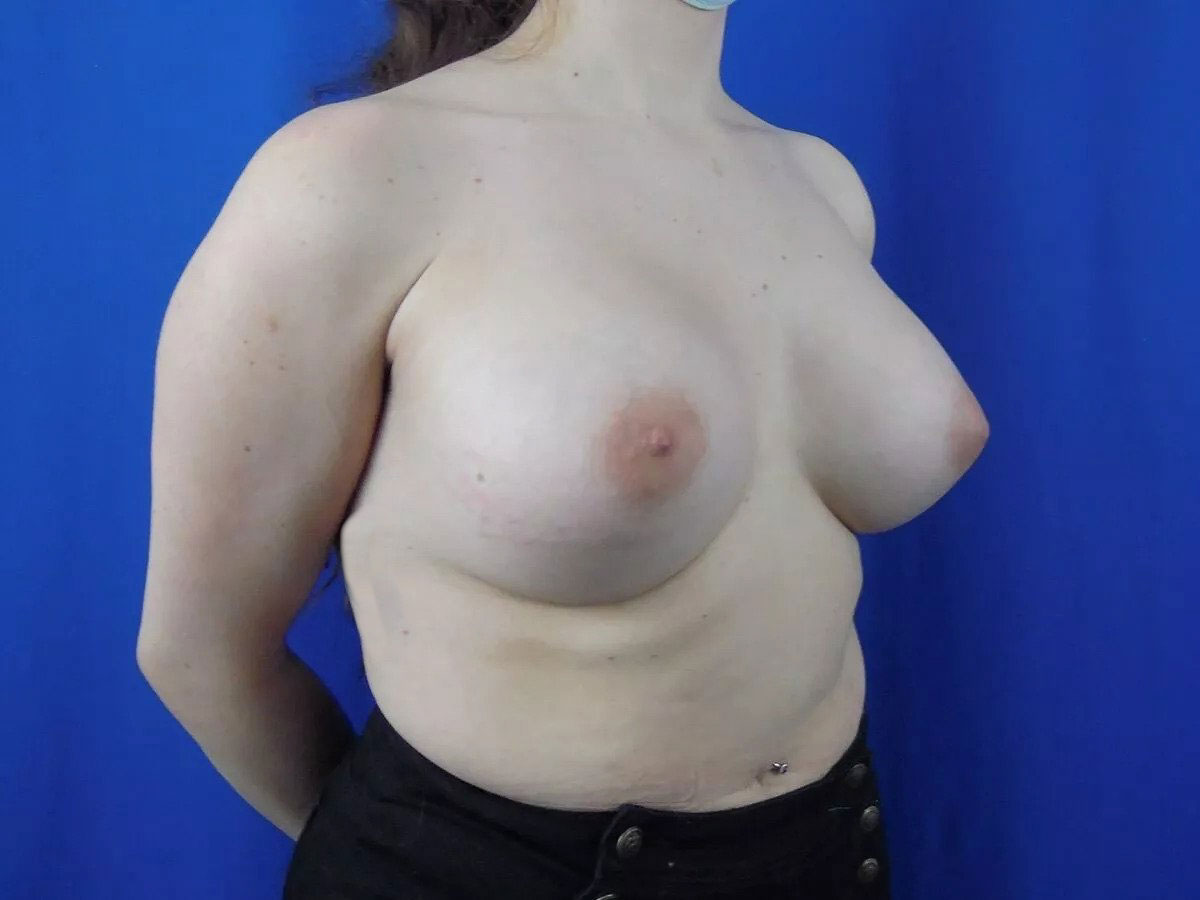 Ana’s life hasn’t been easy. An accident in her early twenties set her on a path she could never have prepared for. But after a breast augmentation, Ana is ready to take on the world as confidently and happily as ever.

As an adult, Ana took a hit to her dancing passion when she had her accident. But before that, she had already been struggling with certain aspects of her appearance related directly to her dancing career.

The role models she looked up to as an aspiring dancer had a certain look to them that Ana aspired toward. “Growing up, I always wanted to have a breast augmentation,” Ana says. “I was always unhappy with how my chest filled out. A lot of my dance idols were big-chested.”

Dancing helped build confidence and her sense of femininity, but the thought of a breast augmentation never really left Ana’s mind. “I used to dance as a way to empower my femininity; it was almost kind of a mask for a while. When I am dancing, I feel good while doing it, but I would look at outfits and feel like I could never pull any of my options off.”

After her breast augmentation with Dr. Patel, Ana didn’t have the same aesthetic concerns she used to have. Now, she can fit into all of the dancing outfits and looks that she wants and, with the help of some well-crafted prosthetics, get back to building her sense of femininity and confidence on the dance floor.

Ana takes on professional gigs now, and the difference for her is night and day. “I always felt a little out of place when performing, but I feel better proportioned now, so it was a little easier to get out there,” Ana says.

“It’s doubly satisfactory because I’ve been looking forward to it for such a long time: to wear what I want to wear, look how I want to look — but also to have finally done something that I had been saying I was going to do for a long time.”

Ana is a bride-to-be with all of the excitement and stress that comes along with it. But she is happy now knowing that the dress she chooses will not be restrained by a smaller bust. Prior to her augmentation, Ana was an A-cup. Now, she finds that she can fit comfortably anywhere between a D and DD.

This is a much larger size than Ana ever previously considered, but Ana said it was Dr. Patel’s unique approach to her aesthetics that ultimately helped her find the perfect breast size for her preferences.

“When we were there in the office during the consultation, he told me not to pay attention to the size of the implant I was trying on. He told me to just look in the mirror and pay attention to how I liked the look of that on my frame,” Ana says.

Ana went to Dr. Patel based on a recommendation from a friend who had a smaller frame than her. Since that friend had received a smaller implant size that seems to be large enough, Ana assumed that size would be a good fit for her as well. Luckily, Dr. Patel’s experience was at Ana’s disposal. Sometimes, a surgeon as experienced as Dr. Patel knows what the patient wants more than the patient — or at least, understands how to achieve their goals more precisely, anyway.

Nowadays, Ana gets tons of compliments on her new figure. “I was in Victoria’s Secret the other day and got a compliment from one of the workers. I was super giddy about it!” Even Ana’s primary care physician complimented the work of Dr. Patel.

Independence eventually came for Ana. She has a home of her own, a few pets, and a great career, but it was the breast augmentation that is helping her achieve her ideal appearance on one of the most important days of her life. And she remarks often about how grateful she is for Dr. Patel. “If he could be my everything doctor, that would be so cool,” Ana laughs.

After her experience with doctors trying to salvage her limb instead of giving her the amputation she preferred, Ana was done with doctors who would not listen to her. She was done with dealing with empty promises and not being her advocate. Luckily, she took a leap of faith to work with Dr. Patel on her breast augmentation and was not disappointed.

“I’ve dealt with a lot of doctors and a lot of surgeons, and I knew that as soon as I met Dr. Patel that he was a good one,” Ana says. “I knew that he wasn’t going to make some promise and not deliver on it. I knew when I stepped into his office I would be taken care of and that he would hear me out. I knew that it was the perfect match for me.”

Dr. Patel’s experience was apparent as soon as the consultation began. One of the things Ana remembers Dr. Patel saying is that her breasts were “sisters, definitely not twins.” He used this as a way to explain attaining symmetry is important, but every woman has some difference in their breast shape. That gave her a good foundation on what kind of bedside manner and camaraderie she could expect from Dr. Patel.

Ana remembers feeling very differently about going into her breast augmentation versus her surgeries from her accident. “Before, the surgeries never felt like they were behind me. I was always in a limbo state, never getting anywhere,” Ana says. “It was nice to go into surgery and wake up and it be a purely positive experience.”

Now that Ana is on the other end of her breast augmentation, she remains absolutely ecstatic about her results. She doesn’t feel like she changed her identity or went too far in either direction. “It’s me, just enhanced,” smiles Ana. She is currently speaking with Dr. Patel about handling some of the scars she has leftover from her amputation. But that is something she will worry about after her wedding.

For now, Ana is happy to finally be addressing the world head-on and unashamed with a figure she loves. “If you are an amputee, people want you to hide it away. They don’t want to see it. But we are here.”

Stories like Ana’s are unique, but your story could be just as impactful. Give our office a call at (732) 354-3792. If you would prefer, you can also fill out our online contact form to have a member of our staff get back to you at a more convenient time. We can’t wait to be your partner through this step of your aesthetic journey.

See our Breast Augmentation Results – Before & After gallery 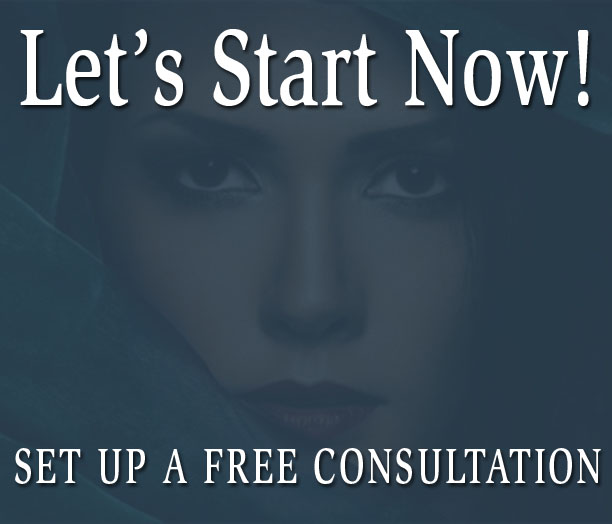 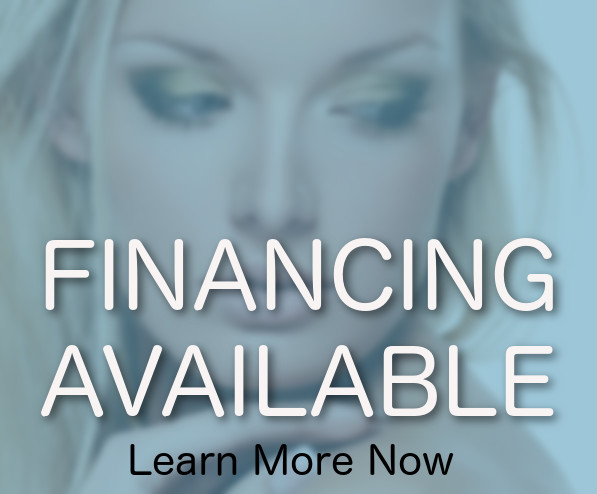